This page is dedicated to leaders in the field of bioethics and humanities who have passed away. If you receive word of the death of a luminary in our field, please prepare a brief statement and a photo if possible and send this information to This email address is being protected from spambots. You need JavaScript enabled to view it.. 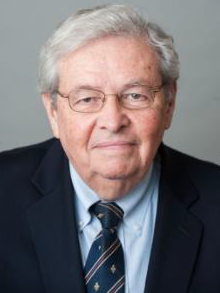 Bob Veatch was a founding figure in the field of bioethics. He spent the majority of his long career at Georgetown University’s Joseph P. and Rose F. Kennedy Institute of Ethics (KIE) spending 40+ years there and serving as a former Director of the Institute from 1989-1996. He began the Kennedy Institute of Ethics Journal (1991) and served as Senior Editor until 2011. He also cofounded and edited the Ethics and Intellectual Disability Newsletter. Before coming to Georgetown, he began his career at the Hastings Center in 1970.

View the In Memoriam Article 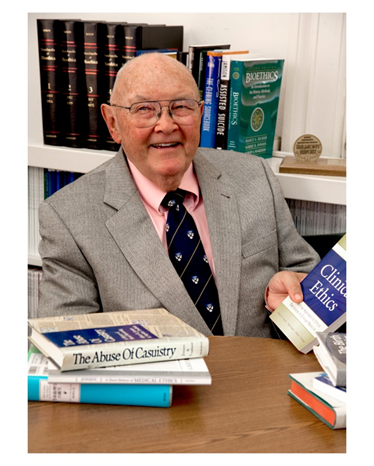 Albert Jonsen, one of the founders of the field of Bioethics, died on 21st October at his home in San Francisco. At the time of his death, he was working on the completion of the 9th edition of his seminal book, 'Clinical Ethics: A Practical Approach to Ethical Decisions in Clinical Medicine', co-authored with colleagues, Mark Siegler and William Winslade. Jonsen's work was noted for bringing together theory and practice. He was devoted to resolving ethical issues in daily clinical practice. Casuistry was the methodology of ethical analysis he adopted and was most well-known for. He served on multiple major national commissions that led to the development of guidelines around clinical and research ethics. Other leadership positions included his role as Commissioner on the National Commission for the Protection of Human Subjects of Biomedical and Behavioral Research (1974 - 1978) that led to the writing of the Belmont Report, the statement of ethical principles guiding research ethics. He also served on The President's Commission for the Study of Ethical Problems in Medicine (1979 - 1982), which produced the influential definition of death that became the foundation of a model legislation in the United States. Jonsen was the President of the University of San Francisco where he taught Philosophy and Theology and in 1972, he joined the University of California, San Francisco as the Chief of the Division of Medical Ethics. In 1987, he took on the position of Chairman of the Department of Medical History and Ethics at the University of Washington where he remained until his retirement in 1999. He returned to his native San Francisco and in 2003, co-founded with Dr. William Andereck, Sutter Health's Program in Medicine and Human Values at California Pacific Medical Center. At Sutter Health's Bioethics Program, he continued his scholarly work by conducting multiple research studies, and authoring a number of important books and papers. Teaching was always a high priority, and during this time he also mentored Bioethicists and Clinical Ethics Fellows. The emphasis was on applying his case analysis method to actual patient care situations and advising healthcare providers about the ethically appropriate course of action.

In addition to being a prolific thinker and writer, Jonsen was well-known as a captivating speaker. His teachings and writings created multiple generations of bioethics leaders and his work continues to influence students throughout the world. He will live on through his work. 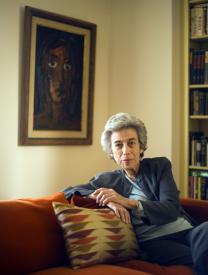 Renée, as those who know her well can attest, was an incomparable intellect and life force -- truly sui generis. She joined the Sociology Department at Penn in 1969, after earning her PhD from Radcliffe College at Harvard and teaching at Barnard College for twelve years. Already a distinguished interdisciplinary scholar, Renée was also appointed to the Departments of Medicine and Psychiatry. Her entrance at the level of full professor was significant and put her in the company of a very small cadre of female professors across the university.

Renée loved field work. In the 1950s, she began a career that established and shaped, over a span of more than 50 years, the field of medical sociology. Her classic works -- and there are many -- such as the anatomy course autopsy and attitude formation of medical students, or training for uncertainty, or Experiment Perilous, The Courage to Fail (researched and written with Judith Swazey), Spare Parts (ditto), or Doctors Without Borders -- are all still touchstones of incisive and illuminating scholarship, often as relevant today as they were when first written.Renée also loved teaching. We both benefited from Renée‘s pedagogical gifts, as did countless others, from undergraduates to graduate students, from medical and nursing students to just about every other type of student one can imagine. Renée was always a critical thinker and reader, pushing for those under her tutelage to be clearer and conceptually deeper -- and also a cheerleader, urging us onward and celebrating every accomplishment. Renée also loved her family and friends. She took great joy in others.

Regarding bioethics, Renée was both a founder and persistent critic of the field. She did not consider herself a bioethicist, but her keen moral insights about the medical enterprise and her penchant for vigorous ethical argument tell a different story. Being both an insider and outsider enabled her to shed light on the innards of our field, questioning research methods and priorities, and always challenging bioethics scholars to return to the basics of compassion and seeking justice in an unjust world. She will be dearly missed. Photo credit 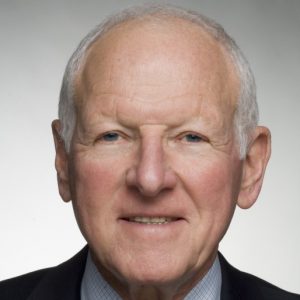 The intellectuals who transformed bioethics from a protest movement into a professional field did not conceive of themselves as founding a new field. They thought of themselves as working in loosely formed collaborations to critique, reform, and improve American healthcare at a moment when "Practically every development in medicine in the post-World War II period distanced the physician and the hospital from the patient and the community, disrupting personal connections and severing bonds of trust. Whatever the index—whether ties of friendship, religion, ethnicity, or intellectual activity—the results highlight a sharp division between the lay world and the medical world." These words were written by David Rothman, Professor of Social Medicine at Columbia University's College of Physicians and Surgeons and one of the most widely read historians of medicine of the last century. His pioneering histories of the asylum (1971, 1984), his collaborative 1978 book, Doing Good, written with, among others, Willard Gaylin, co-founder of the Hastings Center; and the book he wrote with his wife, Sheila Rothman,about the Willowbrook experiments on children with disabilities (1984), were required reading in the early years of bioethics. So too was his 1991 exploration of the factors that led to the creation of bioethics, Strangers At the Bedside: A History of How Law and Bioethics Transformed Medical Decision-making. As should be evident from the passage taken from this book quoted above, the "strangers" at the bedside were not bioethicists, they were physicians; and, as Rothman perceptively realized, the clinical branch of bioethics was created to fill the ever-widening gap between physicians and hospitalized patients and their families.

View the In Memoriam Article 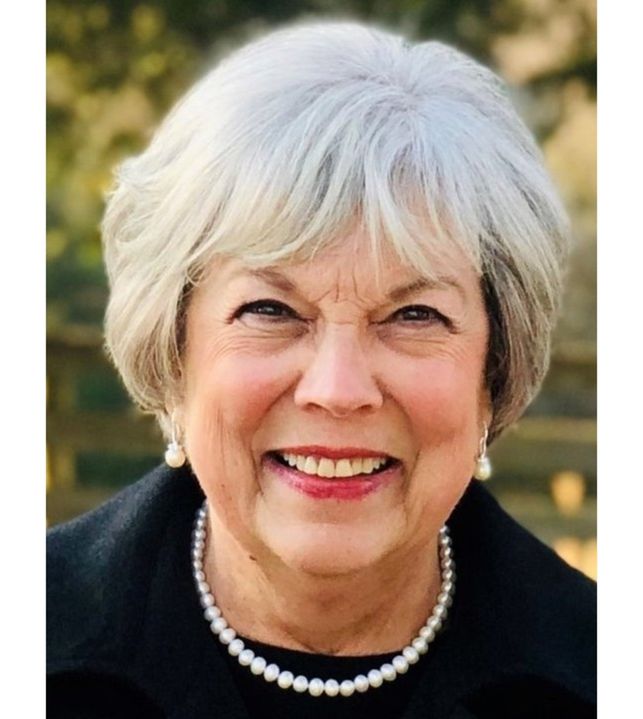 Dr. Ann Baile Hamric lived a deliberately full, vibrant, and joyful life. Her singular contributions to her profession, her community, and her family touched the lives of the many people she encountered. Ann’s leadership ability emerged early in her career. In the summer of 1970, following her Vanderbilt graduation, Ann helped create the first Student Health Coalition Appalachian health fairs in rural Tennessee where she devised means of conducting both home visits and follow-up visits to isolated locations, an experience that inspired her to continue her education. As a young practicing nurse, Ann’s work with a severely injured paraplegic only a few years younger than herself made a deep impression on her that ignited a lifelong interest in the ethics of care, an area in which she became a thought leader. Her extensive research on moral distress in healthcare professionals broke new ground in biomedical ethics, including her creation of an instrument to allow careful measurement of this important phenomenon. Ann’s 37 publications stemming from her research continue to be widely cited.For four years, Ann served as an Associate Professor at the Louisiana State University Nursing School where she testified before the Louisiana Legislature advocating increased medical privileges for advanced practice nurses. She became the senior editor of the definitive textbook on advanced practice nursing in 1997—now in its 6th edition—which helped to define the emerging roles of nurse practitioners, nurse midwives, nurse anesthetists, and clinical nurse specialists. During her 12 years as a Professor at the University of Virginia, Ann was elected to the Faculty Senate, served a term as its Chair, and was named to the University’s Presidential Search Committee. Widely loved and respected as a Professor, Ann was selected by UVA students to deliver a “Last Lecture.” Hers was an inspiring account of her deeply meaningful journey as a survivor of breast cancer. A Fellow of the American Academy of Nursing, Ann played a pivotal role in creating the Academy’s Bioethics Expert Panel, and served as the lead author on the Panel’s first White Paper. With a colleague, she edited an issue of The Hastings Center Report, the leading bioethics journal; hers was the first issue devoted to nursing ethics. In 2011, she received the Distinguished Nurse award. Read more.

View the In Memoriam Archive